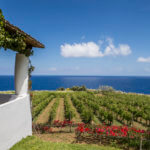 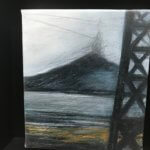 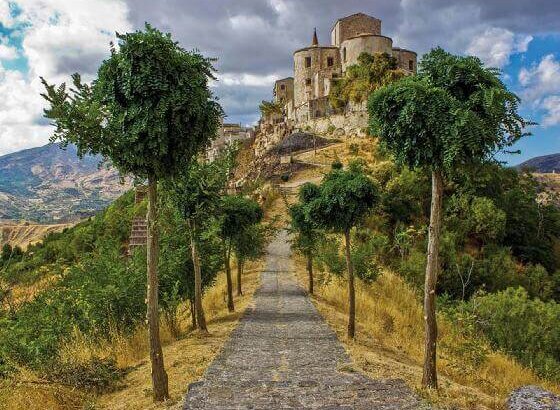 From Palermo to Catania, from the West coast to the East coast through the heart of the island.

An extraordinary itinerary beyond the tourist routes to discover a new and secret Sicily with preserved stone villages in the Madonie Mountains. It is a part of Sicily that has been woefully overlooked and then rediscovered given its ancient ruins, medieval hill towns, sparkling sea and sensational food and wine.

A whole day dedicated to the visit of one of Italy’s finest wine estates, it’s a remote idyll where all you can hear is the buzz of insects around the fruits in its gardens. The wine tastings here hit just the right notes, expert but not pretentious. And the lunch that emerges from the family’s villa is rustic Sicilian cooking at its best: spaghetti alla Norma with a dollop of the freshest ricotta you’ll ever have tasted.

Before reaching Catania, don’t miss the mosaics of Piazza Armerina at Villa Romana del Casale.
The Villa is a monument of great historical and artistic value of the late Roman Empire. The very impressive mosaic complex has been the reason to include the villa in the list of UNESCO World Heritage Sites making it one of the most important examples of the Villa’s architectural style, which combines on one hand high-quality residential characteristics and on the other hand functional elements for productive activities related to its rural location: olericulture, viticulture, cereal cultivation, farm animals, etc.

Catania is the second largest and populous city in Sicily.

It is represented by three main characteristics: its charming architecture, magnificent coastline, and the one spectator who has observed Catania’s centuries of changes, Mount Etna.
Catania is a city, both fascinating and full of surprises for visitors, with one of the richest repositories of Baroque architecture in Europe. It has art treasures, church-museums, and Roman ruins well worth seeking out. The city’s excellent geographical location allows visitors easy access to the main tourist resorts on the island such as Taormina and Mount Etna.